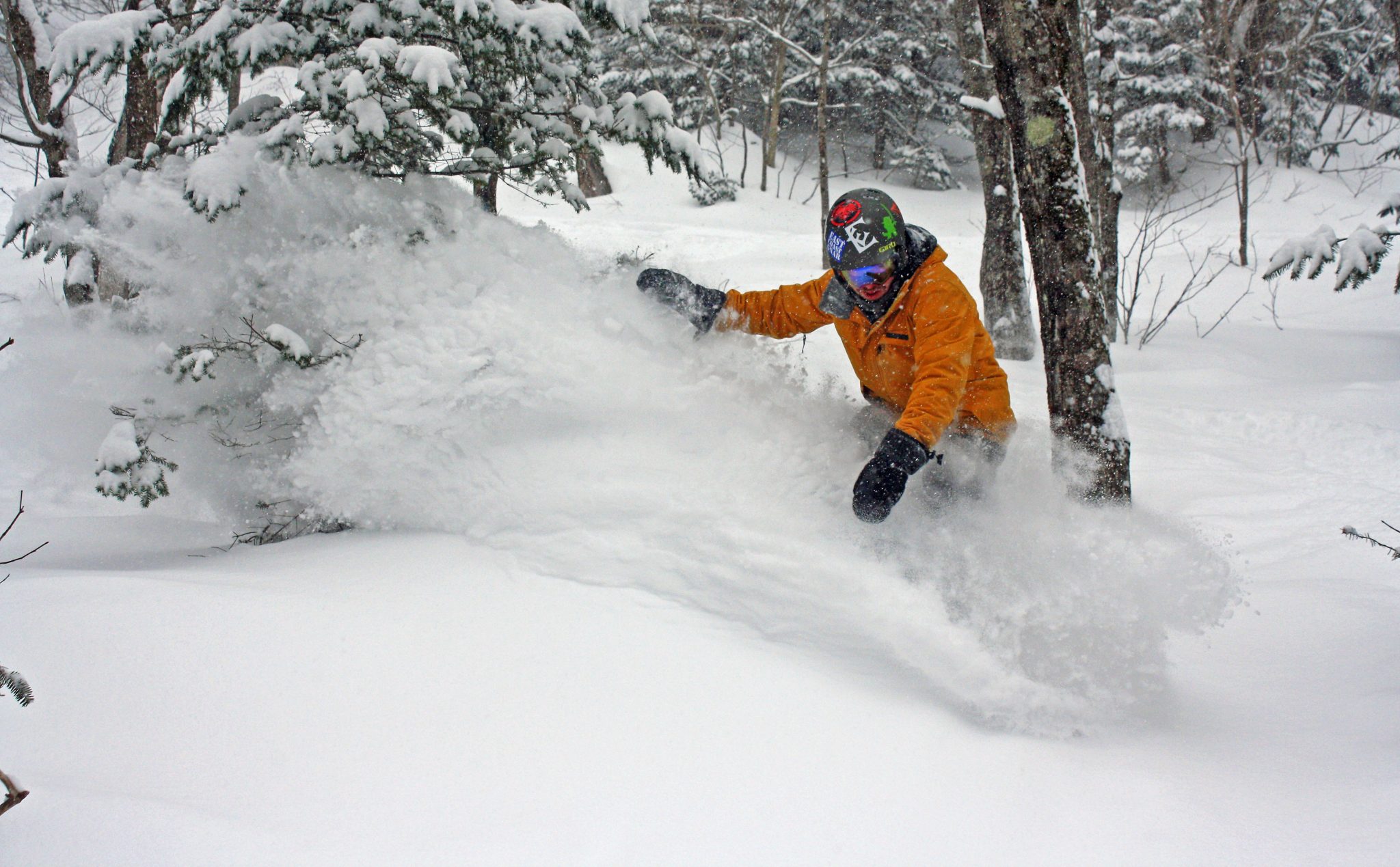 Snowmaking. Without it, opening day of skiing would not predictably begin before Thanksgiving with resorts remaining open until mid-April or later. With it trail coverage can be maintained at a more consistent depth and texture longer than relying on natural snow only.

Snowmaking technology was born from deicing airplanes and citrus groves in northern Florida, when temperatures dipped below freezing. It has become a lifeline for most New England ski areas. Walter Schoenknecht installed the first snowmaking equipment at Mohawk Mountain, Cornwall, CT in the 1950’s. The first Vermont snowmaking system was introduced by the same Walter Schoenknecht at Mt. Snow in Dover, VT.

Snowmaking lore has it that the first attempt to make snow at Sugarbush and Mt Mansfield was authorized by Sepp Ruschp of Stowe and Damon Gad at Sugarbush. The snow clouds were “seeded” by airplane. There is no record of the Stowe results, while records indicate Sugarbush received no snow, but, Mad River Glen, on the mountain to the north, received plenty of snow.

November 1967, 6 miles of underground snowmaking pipes, that carried 700 gallons per minute of water, were laid on “Little Spruce”, west slope, Stowe. The mixture of water and air utilized in the early years produced small molecule snow that iced up easily.

Over the years, major overhauls of the snowmaking systems were introduced. The current distribution is controlled from the pump house by a single person, who monitors the flow and pressure of water. There are several booster sites to get the water to the top of Mt. Mansfield trails.

In the Stowe system, the majority of the distribution is above ground utilizing interlocking hoses of 25 ft. and 50 ft. lengths. 85% of the hook-ups are manual and movable mounted on approximately six hundred sleds. Example: on the Lord trail there are 150 sled mounted hook ups. On Spruce Peak, there are fixed mounted towers with fan nozzles.

On the movable mounts, two hoses – one air, one water – are attached to the nozzle and “sleeve tested”. Sleeve testing is spraying onto the sleeve of the attendant to observe how high the molecule of snow bounces. The attendant then adjusts the mix of air and water. Via creation of “Snow Whales” (the large mounds of lighter snow) trail maintenance and grooming has been made easier.

Weather forecasting is a major element of snowmaking. The weather service in Sandwich, NH, which reports in three-hour increments and for temperatures at multiple elevations as well as wind direction and speed, is the major source of information. US Weather service in Burlington is consulted from time to time. With these reports in hand, a daily review of various trail conditions is carried out in the Mountain Ops Room. The several color-coded trail maps change as snowmaking is completed on a trail section.

The end result of all this work is well-covered trails, with high quality snow, open for first lift each day throughout the winter. We hope you enjoy a visit this season to one of our region’s many ski areas.