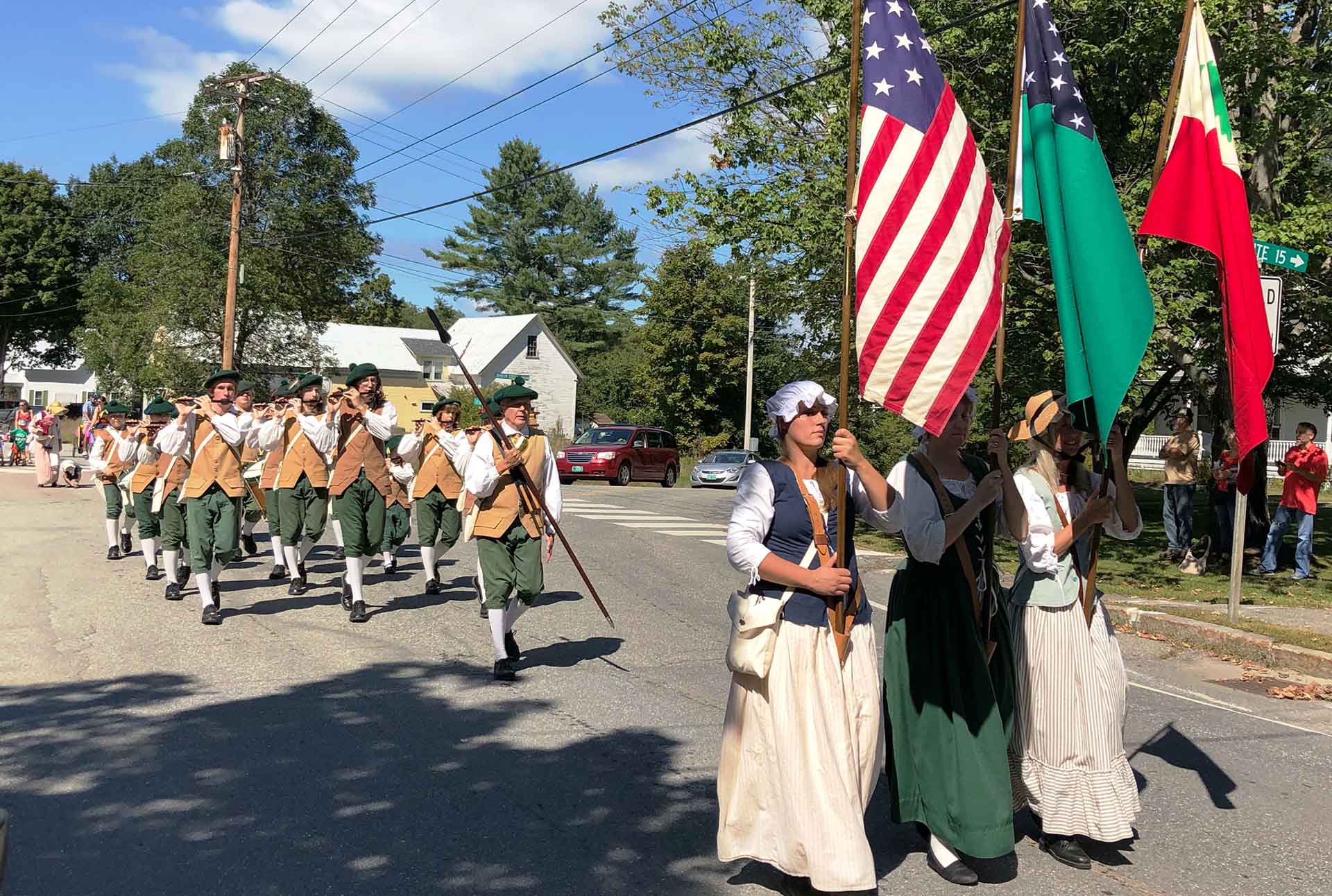 History of The Region

Today, the Green Mountain Byway is a well-traveled stretch of highway. But its historical significance as a transportation hub predates today’s automobile traffic.

Innovation in Transportation: From Trolleys to The First Paved Road in Vermont

Early settlers to Vermont blazed trails of packed earth on small roadways, where from the early 1800s to the automobile revolution of the 1920s, horses and oxen moved people and goods between villages.

Waterbury and Stowe share a unique history along Route 100 due to the electric train that traveled daily between them for over 25 years. The Mount Mansfield Electric Railroad, chartered in 1894, improved access to seemingly distant markets. Stowe pledged $40,000 of town funds and enlisted Boston investors to build the “Trolley” from the Waterbury Railroad Station to the Depot building.

For 35 years, passengers and freight were carried on five cars to Waterbury Center, along what is now the current roadbed of Route 100 to Stowe’s Lower Village. From finished wood products to butter tubs filled-to-brimming for Boston, the hard-working system was a link for the booming central Vermont economy, historians said. In 1932, the right-of-way was passed to the state which turned much of the rail bed into the first concrete paved road in Vermont, Route 100.

History of the Railroad in Northern Vermont

A detailed history of the Railroad in northern Vermont, including a tragic accident, can be found at the Cambridge Junction Trail Head of the Lamoille Valley Rail Trail. Nearby is a covered bridge. 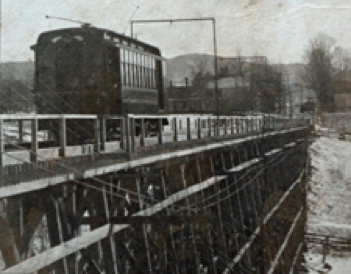 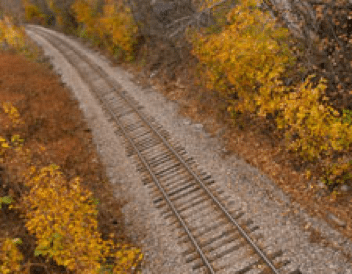 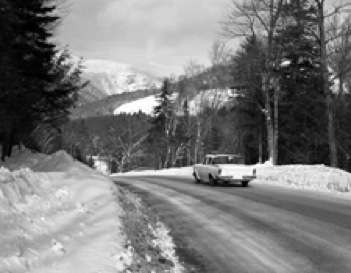 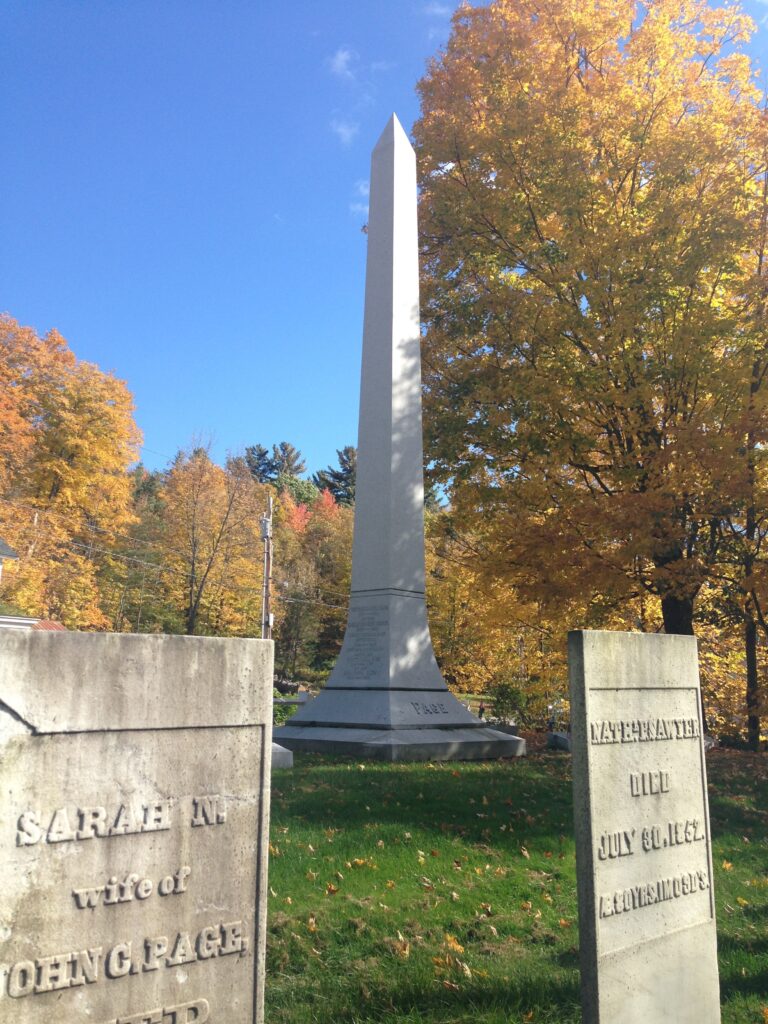 The Green Mountain Byway historic villages include: Waterbury Village, Colbyville, Waterbury Center, Moscow, Stowe Village and Lower Village, Morrisville, Hyde Park, Johnson, Jeffersonville, and Cambridge. All of these population centers are included on the Vermont State Historic Register for their significance to architecture and the building trades, the history of transportation and recreation, and for people and events important to the state’s history.

The vision for the Green Mountain Byway is a balance between the preservation of valued scenic and cultural resources, with the community’s social and economic well-being. 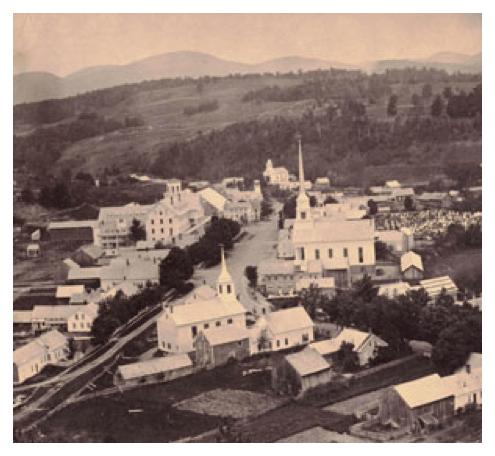 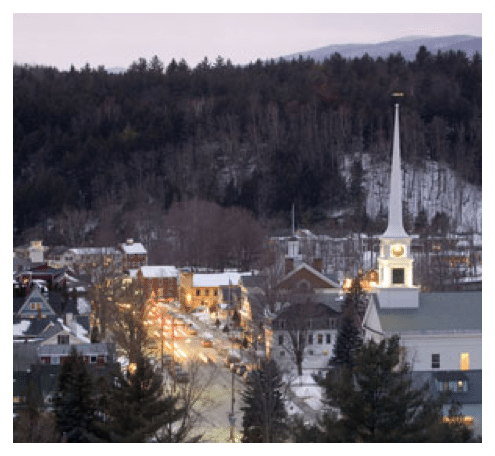 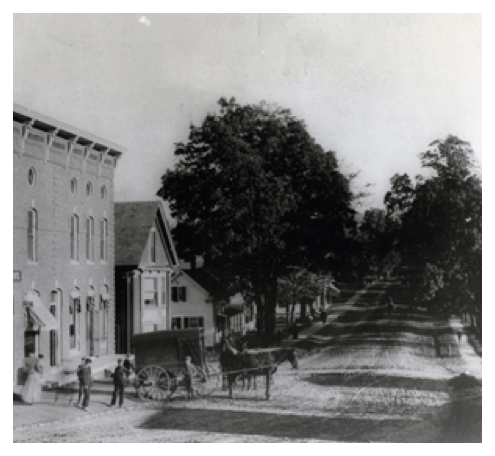 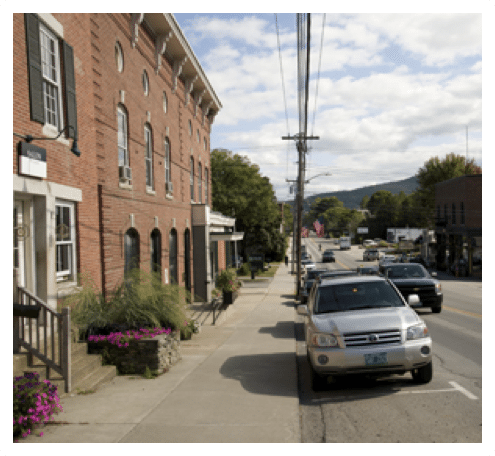 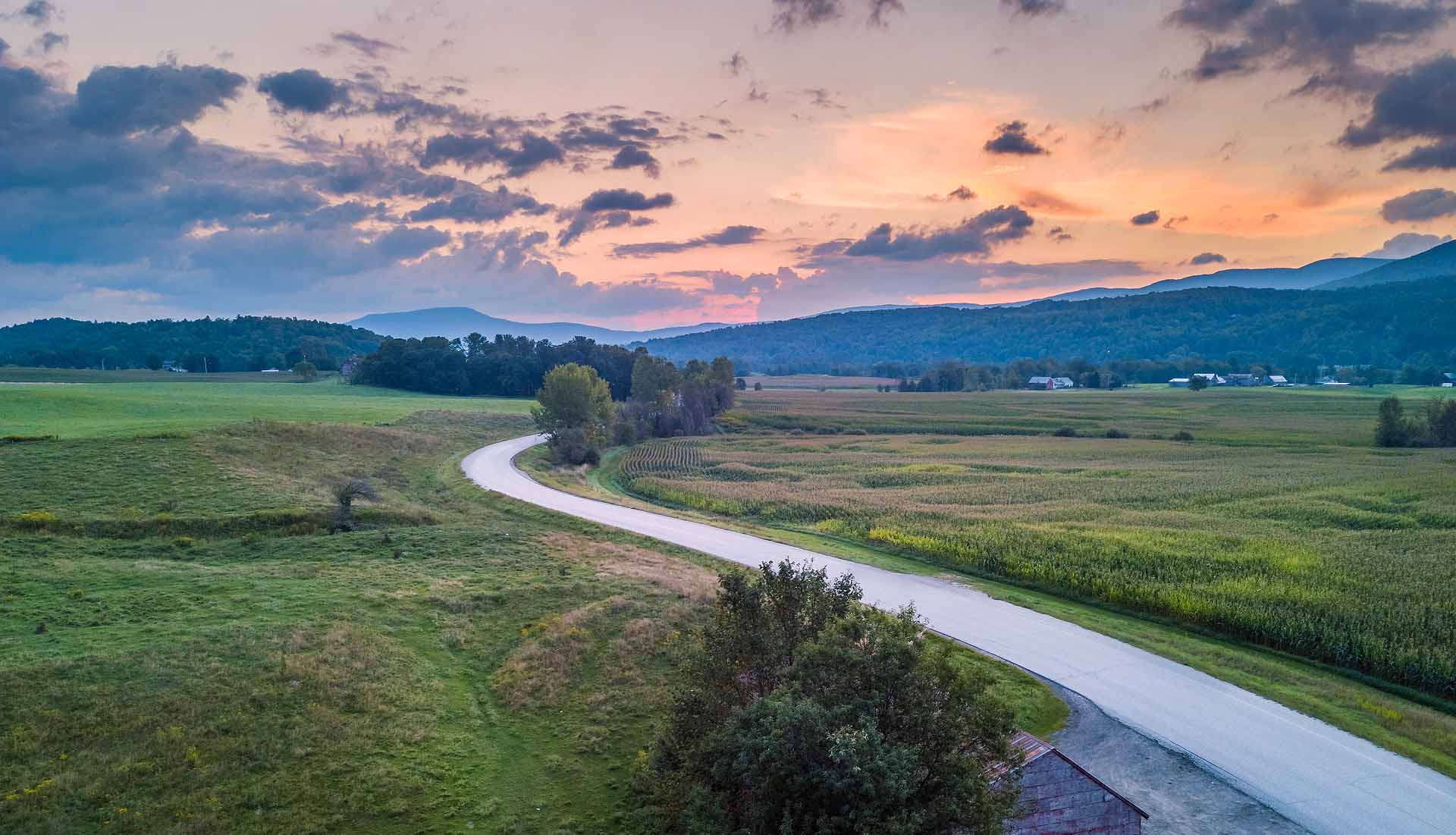 A walk along any of the trails in Byway forests will reveal stone wall testimonials to land-clearing and pastures dating from the nineteenth century. Farms in Vermont produced much of the wool, grains and dairy products that clothed and fed early settlers and served as cash crops for entrepreneurial settlers.

Had you been standing in the vicinity of the Little River Historic Area in the late 1800s, you would have been in the midst of a thriving farm community. At that time, families raised crops and livestock on the hillsides, since valleys were prone to flooding. Most c.1800 homesteads in villages like Johnson, Morristown, Hyde Park and Cambridge were micro-farms, where families raised and processed much of the food they consumer on a year-round basis.

Self-sufficient farming was important to early settlers though it eventually gave way to commercial agriculture, the rise and fall of the “sheep mania” interest in sheep farming, and the dairy industry.

Lumber and agriculture have been the essential industries of the Green Mountain Byway during most of its history. In particular, dairy farming has been the principal way in which the cleared land has been used.

Though many farms have been sold, there are still several working farms along the corridor. The four working dairy farms in Stowe currently produce more milk than any other time in history.

Local food sourcing, common in the past, is now being reshaped by a variety of economic and social factors that are helping re-imagine a role for local food production. Vibrant farms contribute to the economy and offer fresh-from-the-ground choices, such as Foote Brook Farm in Johnson, where farmers grow 145 varieties of organic produce and visitors can choose their dinner ingredients from an on-site farm store. Farmland conservation has contributed to the long-term viability of agriculture along the Byway, bolstered by the work of Stowe Land Trust, Vermont Land Trust, and farmers/property owners committed to preserving the working landscape into the future. 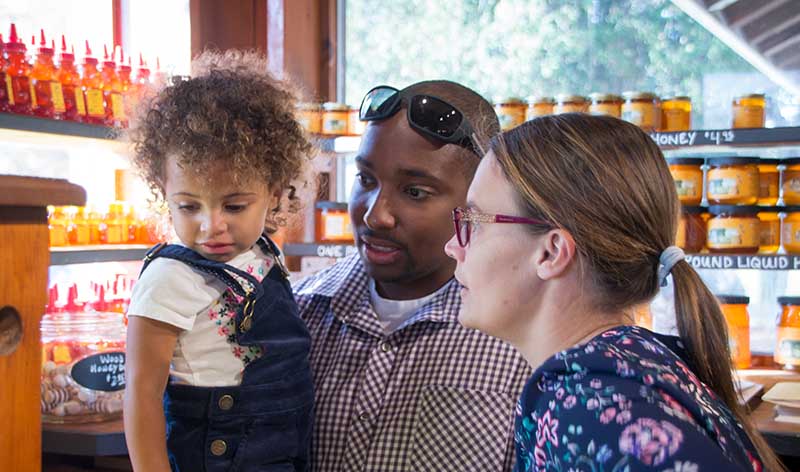 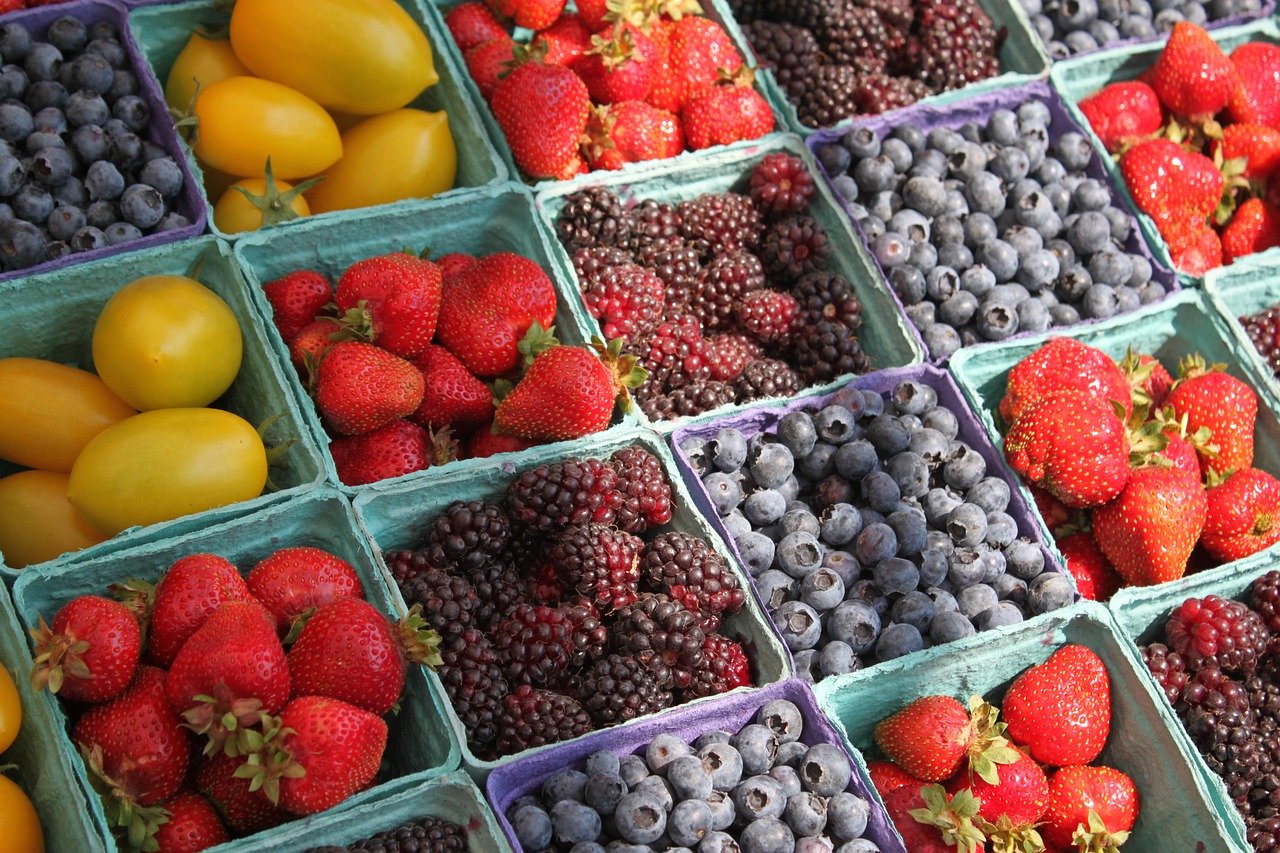 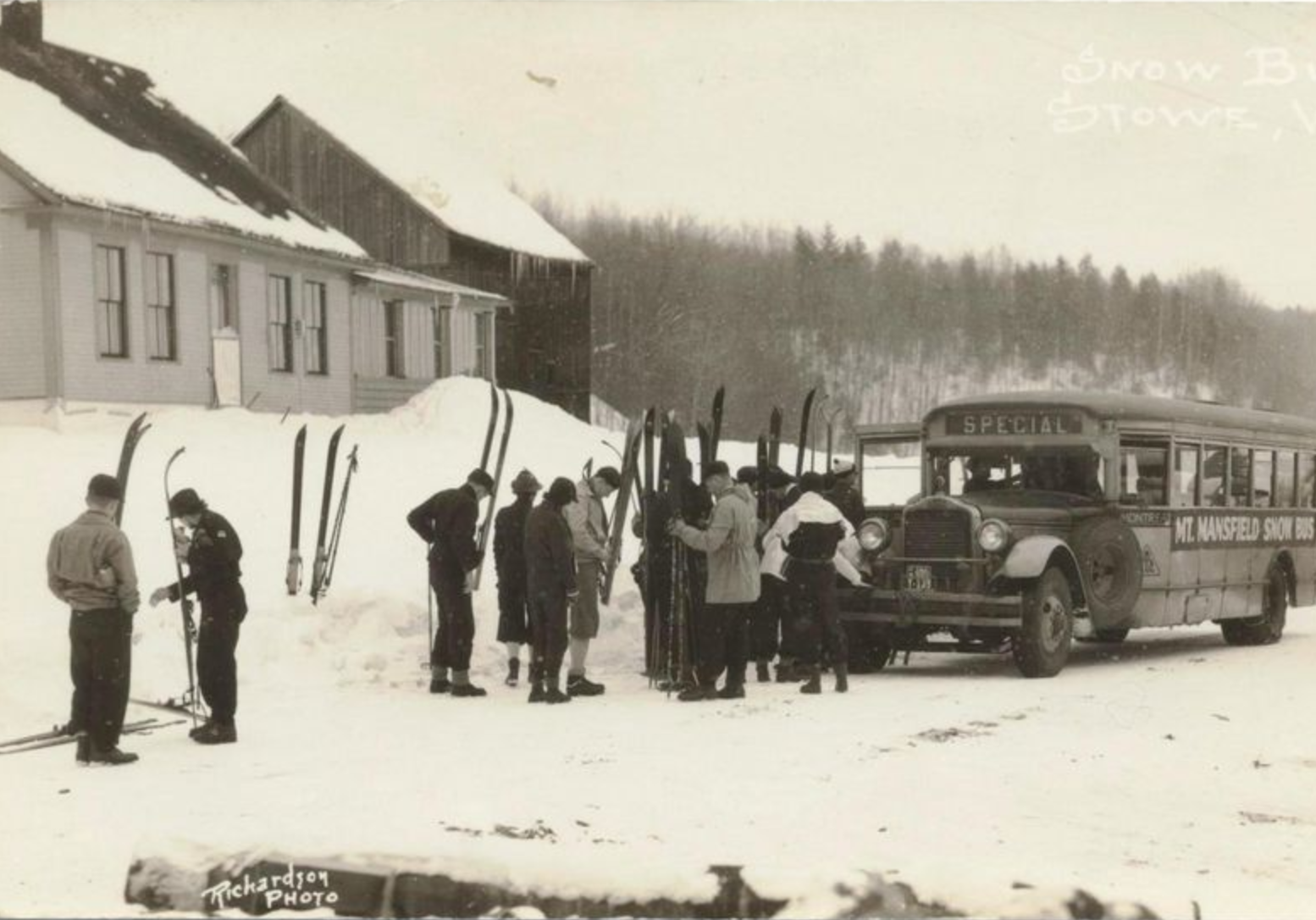